Hi everybody! (I'm not the only one who immediately thinks, "Hi, Doctor Nick!" when they hear that phrase, right?)

So anyway, it's Halloween today and I've just come back from taking my little brother trick or treating. It was the most awful experience ever because, typical English weather, it's torrentially raining continuously, right now. That's right guys. I walked around for two hours in the pouring rain... Except the rain isn't even pouring. It's like, Monsoon season in one night! So, as I'm sure you can imagine, I'm fairly soaked right now... 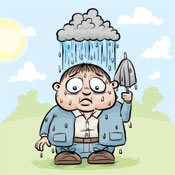 Anyhow, tonight I guess I just felt the need to do a Halloween related post. After all, the pumpkin lanterns are burning, I'm completely drenched, and my only salvation is the peppermint mocha I am currently savouring.

What's your general opinion on Halloween? I know that in the US, Halloween is a really big tradition. However, in the UK it isn't celebrated even half as much and it's actually pretty rare for anyone, past the age of trick or treating, to do anything on Halloween. We don't have haunted houses, or haunted hayrides, or haunted corn mazes and I'm not going to lie, I don't actually know what the latter two things are. No one throws huge halloween parties, and as I discovered when I was out tonight, there aren't even that many people who go trick or treating. I have on some occasions, invited some friends over on Halloween, and we've watched scary movies and told scary stories to each other and just basically tried to scare each other silly, but that's about it for my Halloween festivities. 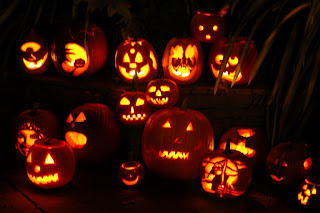 Now, on the note of scary stories, I want to talk about brushes with the paranormal. I'm quite a scientific person, so I'm sort of skeptical in my belief in ghosts, although the rest of my family do believe in them. However, saying that, I have had some unexplainable things occur to me, as have my parents, and on one or two occasions, I have thought that I saw a ghost. I don't know whether it is just my crazy imagination, or whether it really was a ghost but my experiences with the supernatural have made me more open-minded about ghosts. All of the following stories are 100% true. These things really did happen to me- or at least I think they did... It's time for story time with Kajsa!

When I was 10 years old, I went on a week long school trip to Wales. We were staying in an old farm house and the room that I was staying in, was in the attic part of the house. It was a dorm room and next to my bed was my friends bed. I woke up in the middle of the night and next to my friend's bed, I'm certain that I saw a little girl in a white dress with long dark hair, staring at my friend sleeping. On the first night, I put it down to just tiredness and my over-imagination. Except it happened again the next night, and then the night after that. Every night, the same little girl would be standing in the same place, by the same bed. On, I think the third night, I had just seen the 'ghost' and was desperately trying to get back to sleep, when about five minutes later, another one of my friends walked over to my bed, sleepwalking, shook me, and said to me, while still asleep,"Come with me. We have to leave. It's not safe." I didn't leave. I was tired and I just figured that it was sleepwalking craziness, even with a possible ghost in the house. I've always put down that experience to my imagination playing tricks on me, except that particular experience has stayed with me always.

A couple of years ago, I went round a friend's house, and she lived in a really old building. Every so often, I would see someone walk past me, except he was moving ridiculously quickly. He'd just whizzed past me, when I asked my friend, "Who's that guy? He was really quick."
"Which guy?" She replied. "The one who just ran past us." Needless to say, she avoided answering my question, suddenly becoming nervous. Eventually she admitted that her house was haunted by a ghost, and that people often see him walking around the house. I'm sure you can imagine that I've never returned to her house.

When my mum was a kid, she once fell down the steep stairs of an apartment. It was quite the fall, and she was lucky to have not been badly injured. The part that scared her, however, was that she was certain that she had felt someone behind her, their breath on her neck and their hands on her back- and that they had pushed her down the stairs. I wasn't there, so I can't say whether it really happened or not, but believe me when I say that my mum does not sound like she's joking when she talks about it.

And for my latest story... This I think is just craziness, but it freaked me out nevertheless. My grandma isn't crazy, but on this occasion... well I'm not sure. During the summer, I was staying at my grandparent's house in France, as always. I was talking to my Grandma, when suddenly her face turned to one of pure shock and fear. We asked her what was wrong and she replied to me and my mum, " Don't you see the man behind you? " We didn't.

Did she really see a ghost? Are ghosts really real? Am I tempting fate by saying that I don't believe in ghosts? Those are questions that I can't answer, but you can tell me what you think in the comments. Do you believe in ghosts? Have you ever seen a ghost? Let me know because I'd really like to hear about your past experiences.

Well today's post has been a long one. If you're still reading this, kudos to you. I wouldn't make it to here. Happy Halloween everyone! Sleep tight and don't let the sparkly vampires who watch you in your sleep, bite!

AprilRose97
I think I realised that I really loved fashion when I was 9 years old. Suddenly I was interested in going shopping with my mum, and suddenly being dressed in that horrible bag like dress, which was supposedly 'cute' just didn't cut it. I think I decided to start this blog because I'm incapable of walking down a street without critiquing every detail of every outfit I see. I guess I figured that this was a place more suited to my opinions.